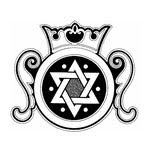 Stephen Sizer is the Vicar of Christ Church (presumably evangelical Anglican) in Surrey, England. In his book Christian Zionism: Road-map to Armageddon? (InterVarsity Press; 800-843-7225), he states in his Preface: "The seeds of this book were sown thirty years ago when, as a young Christian, I remember devouring Hal Lindsey's best-selling book, The Late Great Planet Earth.... The Jews, the 'chosen people,' had been brought back to their promised land in 1948.... The prophetic signs were being fulfilled on the front pages of our newspapers. The world seemed to be rushing towards a cataclysmic end in the great battle of Armageddon." Over those thirty years, Sizer has changed his mind.

Christian Zionists believe that Christians will be raptured into Heaven prior to Armageddon; and they believe in a literal 1,000-year reign of Christ on earth. In order to accomplish the rapture, they believe that present-day Israel must be supported unconditionally. They believe that Israel may make territorial claims from the Nile to the Euphrates rivers -- even at the expense of the U.S. -- because then Armageddon, the final, earth-ending battle between good and evil, will occur. Christian Zionist Benny Hinn said on NBC's Dateline in March 2005 that "This is not a war between Jews and Arabs. It is a war between God and the Devil."

There are between 25 to 30 million Christian Zionists in America, far more than the number of Jewish Zionists. Sizer affirms that Christian Zionism is the fastest growing cult -- yes, cult -- in the U.S.

Pat Robertson hopes to televise the Second Coming of Christ. Not reported in Sizer's book, however, was that Robertson said that former Israeli Prime Minister Ariel Sharon's massive stroke in January 2006 was God's punishment: "He [Sharon] was dividing God's land. And I would say, 'Woe unto any Prime Minister of Israel who takes a similar course to appease the E.U., the United Nations, or the United States of America.' God says, 'This land belongs to me.'" Robertson places the interests of Israel above the U.S. -- but in the end, his concern is evangelical, fundamentalist, and pentecostal Christians (the majority in the world being Americans) being raptured.

Regarding the end of the world, Jesus said, "But of that day and hour no one knows, no, not even the angels of heaven, but My Father only" (Mt. 24:36); and Jesus also said, "It is not for you to know the times or seasons which the Father has put in His own authority" (Acts 1:7). Jesus also said, "for the Son of Man is coming at an hour when you do not expect Him" (Mt. 24:44), and "Watch therefore, for you know neither the day nor the hour in which the Son of Man is coming" (Mt. 25:13). Regarding the Second Coming, St. Peter said, "But the day of the Lord will come as a thief in the night..." (2 Pet. 3:10); and St. Paul said, "For you yourselves know perfectly that the day of the Lord so comes as a thief in the night" (1 Thess. 5:2). The Catechism says, "This eschatological coming could be accomplished at any moment..." (#673). Yes, there are signs of the Second Coming, but woe to those who think they can predict it. Christian Zionists want to force God's hand -- as if they could.

Throughout the ages, but especially now, goofy Christians have been setting the dates -- or approximate dates -- for Armageddon and the Second Coming. According to The New York Times (Dec. 27, 1987), in 1980 Pat Robertson predicted that the battle of Armageddon would begin in 1982 (indeed, your Editor saw him do this on TV). No wonder the New Testament repeatedly warns about false prophets.

Christian Zionism is an elephantine form of Gnosticism, for it presumes to eschatologically decode the Bible, and give secret knowledge (i.e., gnosis). Christian Zionism makes the gnostic DaVinci Code, which is mere fiction, look like small peanuts.

One of the Christian Zionists' favorite texts in the Bible is, "I will bless those who bless you [Israel] and I will curse him who curses you..." (Gen. 12:3). In other words, they believe God will continue to bless America as long as it supports Israel. (Of course, the context of Genesis 12:3 does not suggest that it applies to future generations -- especially since most current Israelis are secular Jews.) But in the end, it's all about Christians Zionists, so they can be raptured.

In Christian Zionist eschatology, the Jews are still "God's Chosen People," but Tim LaHaye says that the plight of the Jews at Armageddon "will certainly be far worse than the Spanish Inquisition...or even the Holocaust of Adolf Hitler." Does this make sense?

Christian Zionist John Walvoord says that at least 750 million people will perish at Armageddon. That dwarfs the number of unborn babies who have died by abortion. The Christian Zionists could unleash a nuclear war in the Mid-East. And no, it would probably not be the end of the world. The way things are going in the Mid-East, it could happen. This is no laughing matter.

On July 18-20, 2006, Christians United for Israel (CUFI) brought 3,500 pro-Israeli Protestants to Washington, D.C. Televangelist John Hagee founded CUFI, and the executive board includes Jerry Falwell and Gary Bauer. According to American Prospect Online (July 19), "Texas televangelist John Hagee, an Armageddon prophesier,...insists that military confrontation with Iran is foretold in the Bible as a necessary precondition for the Second Coming.... Hagee has spent the past six months mobilizing popular support for a war with Iran." Among the speakers were Republican Party Chairman Ken Mehlman and Senator Rick Santorum.

Where are the critiques of Christian Zionism by neocon Catholic periodicals? They consider Christian Zionists "ecumenical" allies; in part they are (their opposition to abortion, homosexual "marriage," etc.), but they don't point out Christian Zionists' heresies. We commend the neocon National Catholic Register (Sept. 24-30) for printing an op-ed piece that points out one of their heresies.

Long ago the NOR warned our readers about Christian Zionism. Recently we did so briefly (New Oxford Notes, Nov. 2006). We are among the few Catholic periodicals willing to do so at all.

Again, we plead for our readers to support the NOR. As you know, as of September 2005, we've been trying to raise $176,000 (so far we have reached $122,175). Much of what we're asking for is for our reconstructed website (where you can subscribe or renew -- or make a donation -- by credit card). At present our website is a huge financial drain. We hope that in time it will pay for itself. At our website, you will find our Archives, our Ad Gallery, NOR Dossiers, our En Español section, the NOR Gear Shoppe, our New Oxford News Link, and the current issue. Some are free and some you have to pay for. For an additional $10 annual fee above the print subscription price, you get everything. That access, however, may only be ordered online with a credit card; we do not accept online-access orders at the office. Our Forum is up and running, so online subscribers can post their comments relating to what they've read in the magazine and at our website.

So please do help us achieve our modest fundraising goal by sending your donation to: New Oxford Review, 1069 Kains Ave., Berkeley CA 94706. The New Oxford Review is a nonprofit entity and has 501(c)(3) tax-exempt status with the Internal Revenue Service. Donations are therefore tax deductible to the extent allowed by law. Checks are to be made out to New Oxford Review. Credit card donations can also be made at our website.

DOSSIER: Neocons & Neoconservativism
Posted by SntMartyr at 5:01 AM